An excellent movie documentary “GameLoading: Rise Of The Indies” about the indie gaming community in Europe was recently presented at BIFFF ( Brussels International Fantastic Film Festival ) in Brussels, and I have to say it was fantastic !

The documentary shows all sorts of progress of how game development grew to become more than just a job but a whole lifestyle itself. It’s not just about making games for money, it’s about unleashing your creativity, ideas, personal stories and sharing with the whole world. Nowadays, more and more indies participate and organize all sorts of game jams where programmers, artists, musicians and all sorts of people join together and make games in 48 hours, creating these solid communities and strong bonds.

But the world of indie game development also comes with a wide range of problems: Harassment, hate, other people cloning your games, financial problems, and other things that affect indie devs daily in their lives. Since indie devs are mostly small teams, even the bad reviews or opinions affect developers personally and I found that it was really well portrayed in this documentary.

As for the rest, we had the chance to do a Q&A after the movie along with some other indie developers such as Grin, Outcast, I-Illusions, Lugus Studios, GSM Productions and answer some interesting questions on how things could be improved and the pitfalls indie devs should avoid. 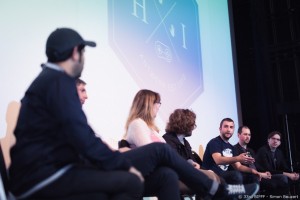 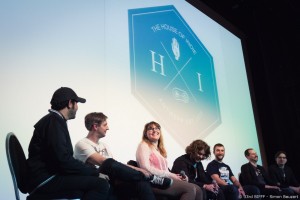 I have to thank Bram from The House of Indie for organizing this and inviting me and these indie devs over for a full documentary experience.

If you want to find out more about the indie game scene in Belgium you should definitely visit these following monthly events:

You can also visit Screen.Brussels, which is a great support for the Brussels Community :