We will be bringing our game AfterLoop to a wide range of devices, including Google Nexus Player and Amazon Fire TV.
This is an amazing experience for us, but it starts to get tricky when we have to adapt a touch-based inputs to a TV remote control. 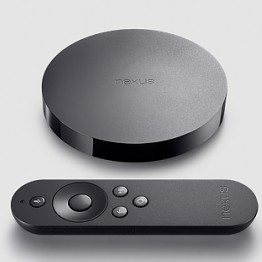 Turns out, the remote control of the Nexus Player is SIMPLE, all it has is a D-Pad and 5 buttons. To make things worse, out of those 5 buttons, you can already forget about using these 3 buttons:

So in the end, we only have: “D-Pad”, “Validate” and “Go Back”, that’s not much but nothing is impossible at eXiin.

We eat challenge for breakfast, so anyway… CHALLENGE ACCEPTED! 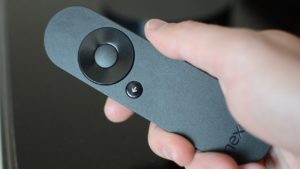 This is basically what we can use…

Good thing for us, AfterLoop, just like it’s predecessor game ROTE, is simple enough to be fully functional with the D-pad of the Nexus player. The challenge was to adapt all the actions to fit on those few buttons the remote had. Adapting actions such as changing the game mode, undoing a move, opening a door and even opening the menu and navigating through had to be rethought without adding too many additional steps.

To change the game mode, we decided to remove the button that was supposed to pop the UI to change the game mode. we did also that for the door menu, it automatically shows depending on your actions. The rewind is set to the “go back” button, and opening the game menu is wired to the “validate button”, then to navigate into the menu, the “go back” allow to switch between previous pages, while the d-pad can navigate between buttons in a menu.

We’re quite happy with the result, and we’re quite excited to see how owners of the Google Nexus Player or the Amazon Fire Tv, will welcome our game AfterLoop!