I have never been to Unite, and the only thing that I wanted to do at Unite Europe was to meet friends that I usually see in other conventions!

The goal of Unite is to give back to the developers’ community, to have interesting talks and provide more visibility to their games. However, the First shock is how professional, big, polished and well organized Unite is. It looks like Unity is entering a next step in its evalution and can be considered as one of the biggest software companies like Adobe or Autodesk.

The morning at 9:00 before developers start to wake-up 🙂

Same here, the strange creature called Gamedev have not yet invaded the showcase

The sign that Unity is getting bigger is education. The certification program is a good move not only for Unity, but for the entire gaming industry. Instead of having a random school that has a random diploma, employers can now have a certain level of quality when recruiting people.

My favorite talk during Unite Europe was not about tech stuff, but about Alex Trowers simply telling his story! It’s was touching and honest. I really loved it. You can see it below:

The talk by Theresa Latzko was really interesting and not too tech. It gave us a few ideas for the rendering of the next game!

Last but not least, the talk about Shaders open my mind about this topic!

VR not just yet!

I have tested them all: the Occulus, Vive, PlayStation VR and even the Hololens. Despite the army of VR evangelists praising the rise of Virtual Reality since 2014, I don’t think 2016 will be THE year.  The showcase Made With Unity was more about all kinds of games, and only 2 or 3 of them were VR games. It looks like a trend initiated by hardware producers and not by developpers. The gap between hardware producers and software developers is still big. We all know what happens when content is not big enough to satisfy customer *cough* *cough* *TV3d*

Anyhow, I was impressed by the PlayStation VR. I was not expecting something comfortable to wear. Also PS demos were well polished and the overall experience was satisfactory.

The Hololens, promising tech, but not ready just yet, maybe in 2030!

After all, Unite is first about people and Unity cherishing its developers. Lots of Belgian developers were around, It was really nice!
We met a few new friends, and I hope we will keep the bond.

Special thanks to Brecht and Jojo with whom I have spent most of my time during these few days!

Ok, and now about the zombies, I keep the last lines just for that, because after-all, if you’re still reading the post, it’s because you want to know what’s the story behind the zombies… 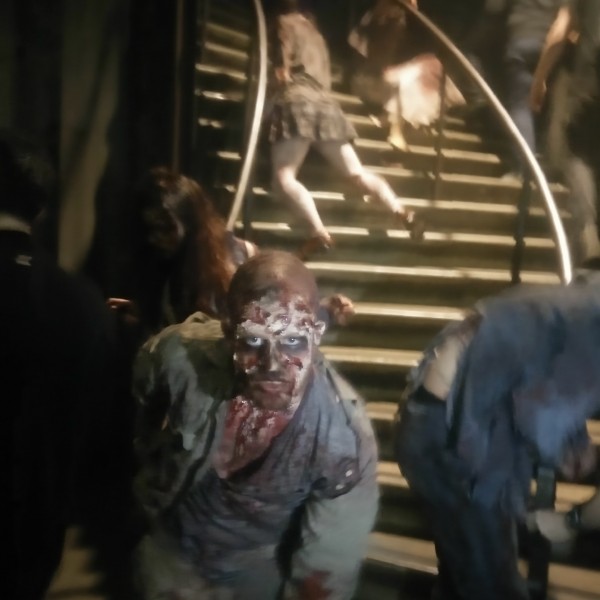 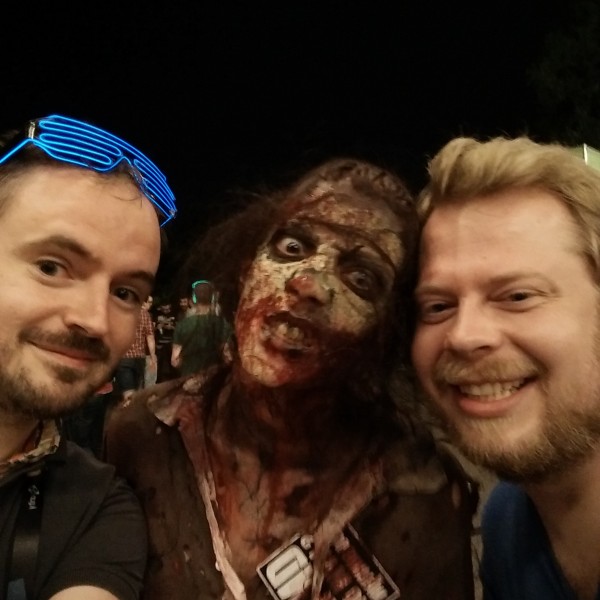 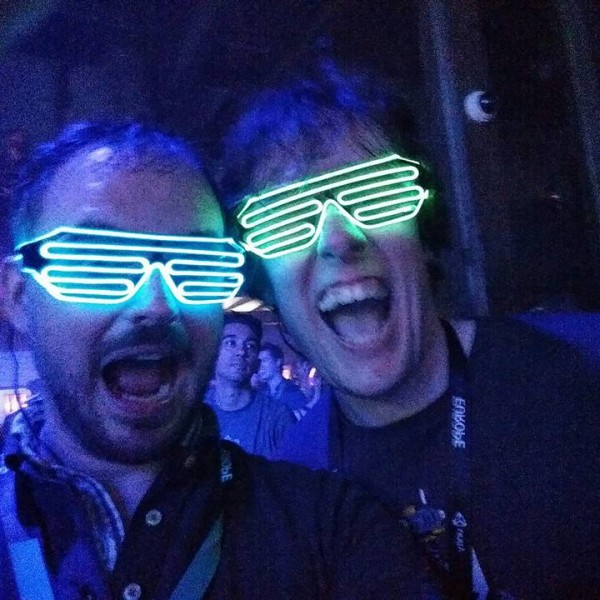 It took me a while to write that blog post, I wanted to also link the YouTube videos of the talks that I’ve loved during the conference.